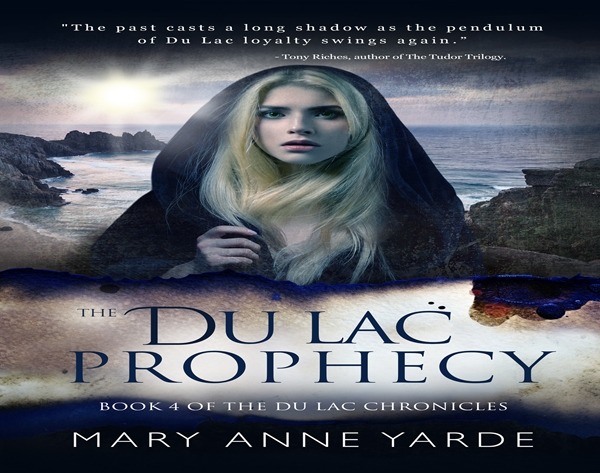 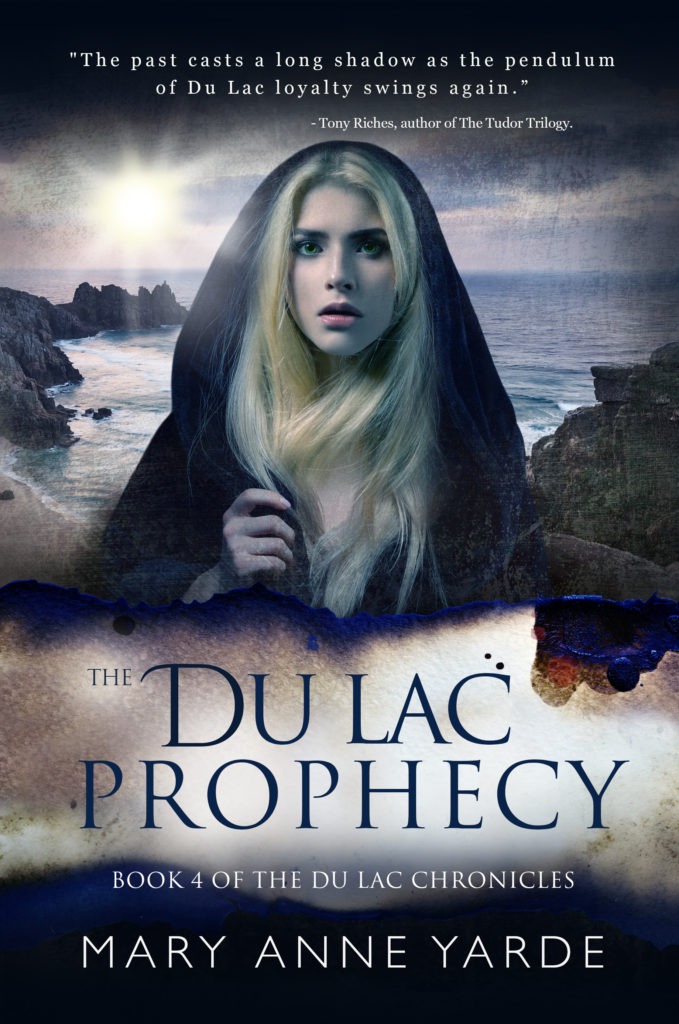 Who doesn’t love sweeping sagas of yore filled with kings and queens, knights and fair maidens? I know I do! And for that reason I am excited to welcome Mary Anne Yarde, an author of stories that transport us to a different time and place. Mary Anne is an award-winning author, and her newest release is Book 4 in the Du Lac Chronicles series. She graciously agreed to an interview and a peek into her life, books, and sample chapter! 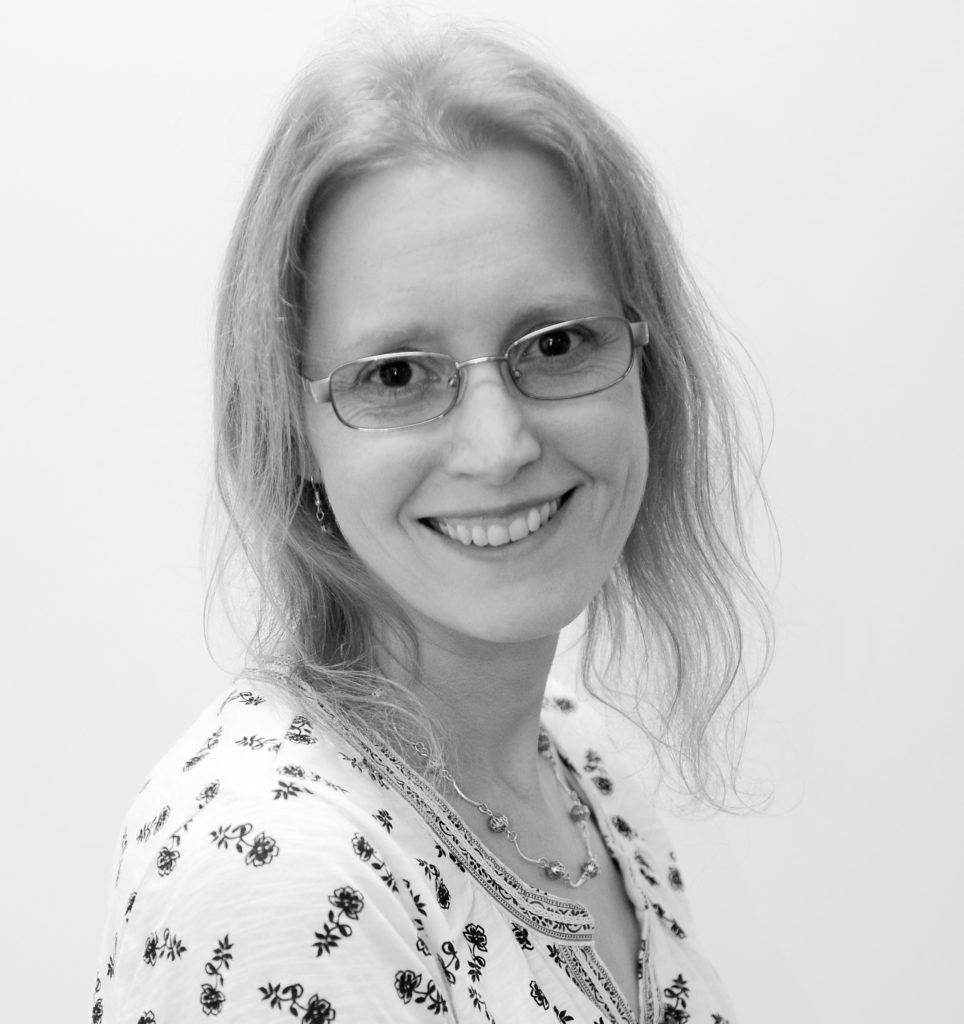 Yarde grew up in the southwest of England, surrounded and influenced by centuries of history and mythology. Glastonbury — the fabled Isle of Avalon — was a mere fifteen-minute drive from her home, and tales of King Arthur and his knights were a part of her childhood.

1. Can you tell us a little about the Du Lac Chronicles?

For well over a thousand years we have been enchanted with the tales of King Arthur and his Knights. Arthur’s story has everything – loyalty, betrayal, love, hate, war and peace, and like all good stories, there isn’t a happy ending for our hero. Arthur is betrayed by his best friend, Lancelot, and then he is betrayed once again by his nephew, Mordred. Arthur’s reign comes to a dramatic and tragic end on the battlefield at Camlann.

When Arthur died, the Knights died with him. Without their leader they were nothing, and they disappeared from history. No more is said of them, and I always wondered why not. Just because Arthur is dead, that doesn’t mean that his Knights didn’t carry on living. Their story must continue — if only someone would tell it!

The Du Lac Chronicles is a sweeping saga that follows the fortunes and misfortunes of Lancelot du Lac’s sons as they try to forge a life for themselves in an ever-changing Saxon world. In each book, you will meet the same characters, whom hopefully readers have come to love. I made sure that each book stands alone, but as with all series, it is best to start at the beginning.

2. What inspired you to write The Du Lac Chronicles?

I grew up surrounded by the rolling Mendip Hills in Somerset — the famous town of Glastonbury was a mere 15 minutes from my childhood home. Glastonbury is a little bit unique in the sense that it screams Arthurian Legend. Even the road sign that welcomes you into Glastonbury says…

“Welcome to Glastonbury. The Ancient Isle of Avalon.” 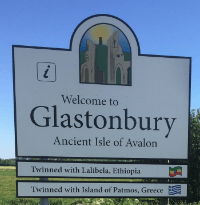 How could I grow up in such a place and not be influenced by King Arthur?

I loved the stories of King Arthur and his Knights as a child, but I always felt let down by the ending. For those not familiar, there is a big battle at Camlann. Arthur is fatally wounded. He is taken to Avalon. His famous sword is thrown back into the lake. Arthur dies. His Knights, if they are not already dead, become hermits. The end.

What an abrupt and unsatisfactory ending to such a wonderful story. I did not buy that ending. So my series came about not only because of my love for everything Arthurian, but also because I wanted to write an alternative ending. I wanted to explore what happened after Arthur’s death.

3. What were the challenges you faced in researching this period of history?

Researching the life and times of King Arthur is incredibly challenging. Trying to find the historical Arthur is like looking for a needle in a haystack. An impossible task. But one thing where Arthur is prevalent, and you are sure to find him, is in folklore.

Folklore isn’t an exact science. It evolves. It is constantly changing. It is added to. Digging up folklore, I found, is not the same as extracting relics! However, I think that is why I find it so appealing.

The Du Lac Chronicles is set in Dark Age, Britain, Brittany and France, so I really needed to understand as much as I could about the era that my books are set in.

Researching such a time brings about its own set of challenges. There is a lack of reliable primary written sources. Of course, there are the works of Gildas, Nennuis and Bede as well as The Annals of Wales, which we can turn to, but again, they are not what I would consider reliable sources. Even the Anglo-Saxon Chronicles, which was compiled in the late 9th Century, has to be treated with caution. So it is down to archaeologists to fill in the missing blanks, but they can only do so much. Which means in some instances, particularly with regards to the history of Brittany during this time, I have no choice but to take an educated guess as to what it was like.

4. There are many books about King Arthur. Can you tell us three (3) things that set your novels apart?

You are quite right; there are many fabulous books about King Arthur and his Knights. So what sets my books apart:

1.) My books are set after King Arthur’s death.
2.) Not all the Knights are heroic, and some of them are not even Christians. Ahh!
3.) You will meet some “historical” characters from the past — not all of them are legendary!

5. Do you have a favourite Arthurian character from history?

I really should say Lancelot du Lac, as my books are based on his story. But in truth, one of my favourite characters is Sir Gawain. Gawain And The Green Knight is one of my all-time favourite Arthurian stories.

I am currently working on Book 5 of The Du Lac Chronicles.

Distrust and greed threaten to destroy the House of du Lac. Mordred Pendragon strengthens his hold on Brittany and the surrounding kingdoms while Alan, Mordred’s cousin, embarks on a desperate quest to find Arthur’s lost knights. Without the knights and the relics they hold in trust, they cannot defeat Arthur’s only son – but finding the knights is only half of the battle. Convincing them to fight on the side of the Du Lac’s, their sworn enemy, will not be easy.

If Alden, King of Cerniw, cannot bring unity there will be no need for Arthur’s knights. With Budic threatening to invade Alden’s Kingdom, Merton putting love before duty, and Garren disappearing to goodness knows where, what hope does Alden have? If Alden cannot get his House in order, Mordred will destroy them all.

“I feared you were a dream,” Amandine whispered, her voice filled with wonder as she raised her hand to touch the soft bristles and the raised scars on his face. “I was afraid to open my eyes. But you really are real,” she laughed softly in disbelief. She touched a lock of his flaming red hair and pushed it back behind his ear. “Last night…” she studied his face intently for several seconds as if looking for something. “I am sorry if I hurt you. I didn’t know who you were, and I didn’t know where I was. I was scared.”

“You certainly gave me a walloping,” he grinned gently down at her, his grey eyes alight with humour. “I think you have the makings of a great mercenary. I might have to recruit you to my cause.”

She smiled at his teasing, but then she began to trace the scars on his face with the tips of her fingers, and her smile disappeared. “Do they still hurt?”

“Yes,” Merton replied. “But the pain I felt when I thought you were dead was a hundred times worse. Philippe had broken my body, but that was nothing compared to the pain in my heart. Without you, I was lost.”

“That day… When they beat you. You were so brave,” Amandine replied.
Her fingers felt like butterflies on his skin, so soft and gentle. He closed his eyes to savour the sensation.

“I never knew anyone could be that brave,” Amandine continued. “You could have won your freedom and yet, you surrendered to their torture to save me. Why? I am but one person. Just one amongst so many.”

“Why do you think?” Merton asked shakily, opening his eyes to look at her again, hoping she could see the depth of his love in his scarred and deformed face.

“I gave you these scars,” Amandine stated with a painful realisation, her hand dropping away from his face. “You are like this because of me,” her voice was thick with unshed tears.

“No, not because of you,” Merton immediately contradicted. “My reputation, Philippe’s greed, Mordred’s hate, and Bastian’s fear, gave me these scars—”

“I should not have gone back to your chamber. If they had not found me there, then they would never have known about us. If they had not known, then you would have had no cause to surrender. Bastian would not have taken your sword arm.” Amandine touched what was left of his arm. “Philippe would not have lashed you.” She touched his face again and shook her head. “I am to blame.” She sat up and her eyes filled with tears, her hand fell away from his face. “I am to blame,” she said again as a tear slipped down her cheek. “How can you stand to be near me?”

“I thought I was alone,” Philippe said as he looked back at Tristan’s tombstone.

“In Benwick Castle?” Bastian scoffed. “There is always someone watching. You know that as well as I do. Why are you here?”

“I came looking for answers.”

“Did you find any?” Bastian asked with cynicism.

“Lancelot was a brave man, wasn’t he?” Philippe mumbled the question more to himself than anything else.

“As was Tristan,” Bastian agreed.

“A little. He kept himself to himself for the most part. He was wounded you see, during the battle of Benwick. He lost the use of his legs. He couldn’t walk. But he…” Bastian smiled as he remembered. “He was very wise. And he was happy to share that wisdom. I liked him. Although not everyone did. After Tristan died, there was talk. Some said he was a liar.”

“What did Lancelot say?” Philippe asked.

“I cannot imagine Lancelot being friends with someone who lied to him. But he neither condemned nor defended Tristan. He kept his own counsel. What are you going to do, Philippe?”

Philippe looked up at the sky. The lavender hue had changed to a blue one. He never appreciated how beautiful the sky was, until now. The day promised to be a warm one, but Philippe felt chilled.

“What would you do?” Philippe asked, as he rose to his feet and looked at his general.

“You have two choices. You can abdicate. Hand him the throne. Or…”

“You could kill him,” Bastian said with a shrug. 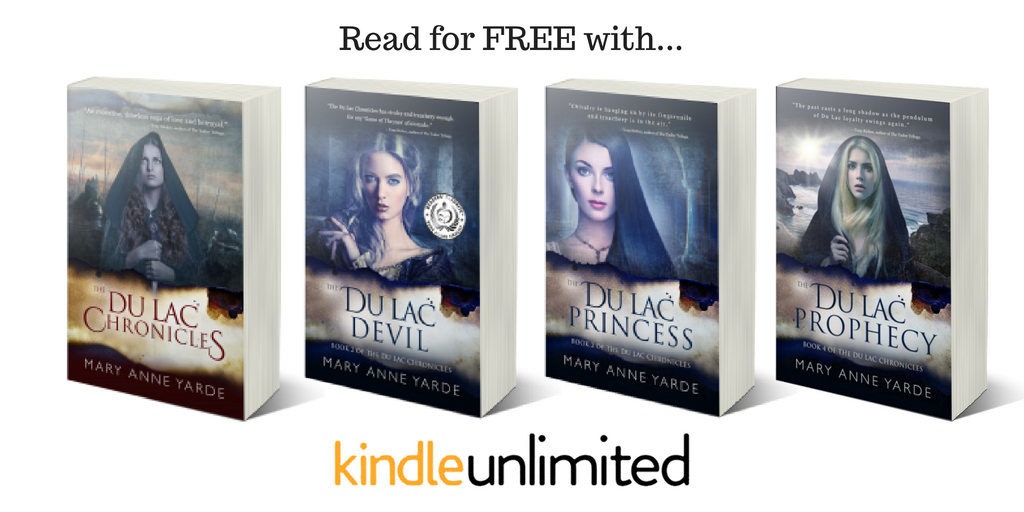 Thanks for visiting and sharing with us! Make sure to visit Mary Anne Yarde at her social sites. And order your copy of this exciting new book. You may want to go back and start over at Book 1!

Have you ever read the tales of King Arthur and his Knights? Tell us about it in the comments!