Remembering Ellis Amburn: Friend to the Stars and Me 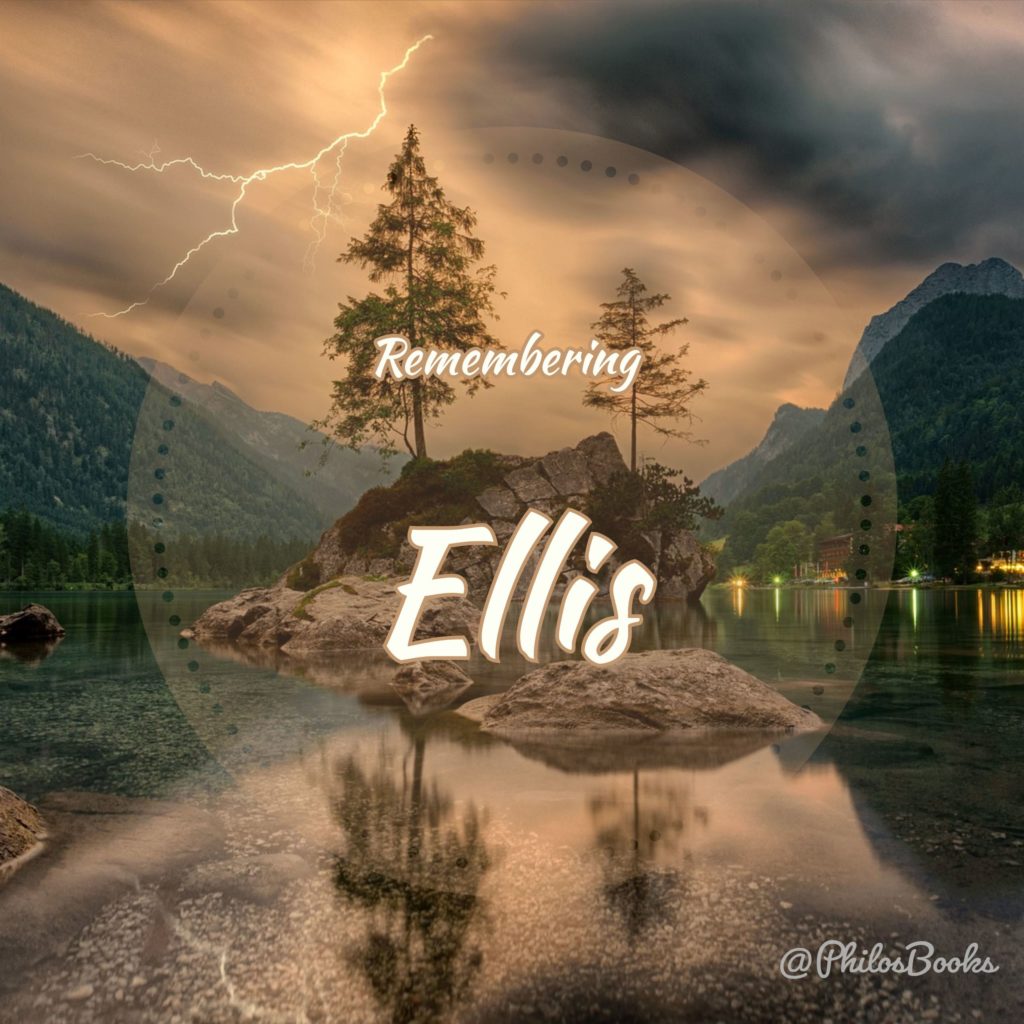 Ellis Amburn died recently. Even though we met only once, I felt as if we were old friends, and I wept from the loss.

When I met him in November of 2013, I was alone and scared. My husband had just had a major stroke, and I was a walking zombie as I felt my world crashing down around my shoulders.

Ellis had also suffered a stroke and we happened to be in the same place at the same time at Shands Rehab in Gainesville, Florida. One night, in search of a snack, I spotted him in the main dining area sitting in a wheelchair. It was late, the room was empty, and it was just the two of us. In a moment, his eyes latched on to mine with a smile so warm and welcoming, I was drawn to sit next to him.

In fact, my memory of Ellis is this: a fashionable, twinkling elderly gentleman wearing a brown fedora and thick, colorful scarf wrapped around his neck. A blanket covered his lap. His face beamed.

I didn’t know who he was at the time—only his first name. Ellis.

As we talked, he mentioned he’d noticed me sitting with my husband during meals, and told me what a good wife I was to Ron, and how lucky he was to have me by his side.

His kind words were honey to my soul and as all the stress and frustrations melted away, I fought tears. At the time, I didn’t know what the future held after we left rehab for home. All I knew, was that everything from finances to Ron’s care was now on my shoulders.

Ellis shared a tiny bit of his life with me. A former book editor, he traveled in circles with the rich and famous and partied with them. Once an alcoholic, he’d given up drinking, and trusted God and become a Christian. He was at peace in his new life, and his face truly radiated joy and love for others.

I shared with him about writing a romance novel, and how I felt stuck. And now this. I didn’t think I’d ever finish now, and felt maybe I should just give it up. He encouraged me to keep writing and all things would work out as they should.

During the time in rehab, I was computerless with no way to search for him. Little did I know what an amazing person I had become fast friends with.

Ellis Amburn was a 1954 graduate of Texas Christian University, He worked as a reporter for Newsweek before going into the book publishing industry where he rose to the position of editor, working for such well-known publishers as Delacorte Press, Coward-McCann,and William Morrow. During his career, Amburn was an editor for authors such John le Carré, Belva Plain, Muriel Spark, Joshua Logan and for Jack Kerouac, who would be the subject of Amburn’s 1998 book on which Leonardo DiCaprio has optioned film rights.

Amburn served as editorial director for G. P. Putnam’s Sons and in addition worked as a ghostwriter for Priscilla Presley, Shelley Winters, Peggy Lee and Zsa Zsa Gabor. In 1990, he produced his first biography on fellow Texan Roy Orbison that led to further such books. He is noted for his exhaustive research, even going so far as to live for several weeks at the home of the parents of Orbison’s first wife, Claudette Frady-Orbison. His books have generated controversy at times (such as his biography of Janis Joplin), and he is reviled by many Orbison fans for presenting hearsay as fact.

A Celeb in Rehab

Having no idea of this celebrity in the midst of rehab, I got an inkling when a group of dewy-eyed college students came to visit one night to sit at his feet. From a distance, I watched them hang on his every word, and there would be periods of silence—then bursts of laughter.

He gave me enough information so when I arrived home, I searched out his work. Amazed, I knew this was a man I would most likely never have met.

Ellis was like an old friend who listened, encouraged, and comforted when he was the one who needed comfort. Sometimes it only takes one small touch to bring about an extraordinary change in someone’s life. He radiated a light that lives on in my heart.

Meeting Ellis was a small part of one of my many ExtraOrdinary Detours.

Ellis moved inside circles of the rich and famous.

He wrote books about them.

Until he found God.

And I found him. In rehab.

Ellis was wise and kind.

And I will never forget him.

He died August 18, 2018, after a long illness. If you knew Ellis, please share your thoughts on his legacy page HERE:

Was there someone you briefly met but will never forget? Tell us about them. I’d love to hear from you!